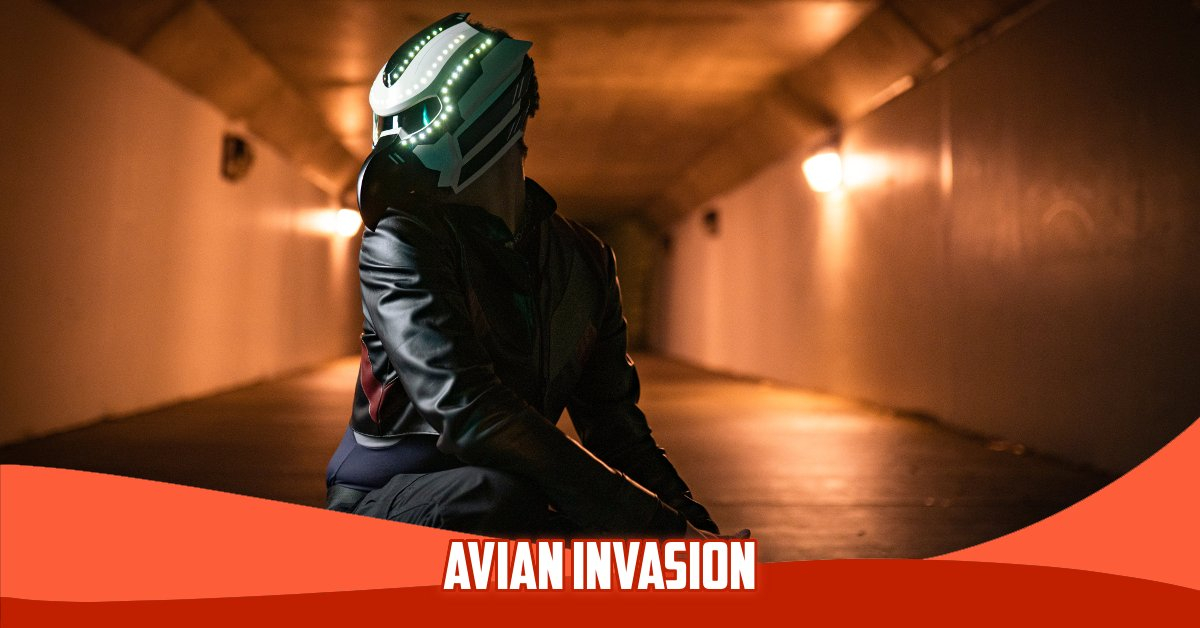 AI used to be just a man, but a very old one. As he grew older, vital functions began to fail: He lost the ability to hope and, with it, the ability to dream. His eyes began to fail, so all he could see was darkness and fear. His hearing faded to a point where every new song only sounded “not as good as music used to be.”

All of this took a toll on his heart, until eventually that too threatened to break.

One day, when it seemed he would finally just wither and turn to dust, he was given a great gift. He was rebuilt, piece by piece… the broken parts replaced, the damaged parts repaired. Now he isn’t entirely a man, but not entirely a machine either.

He is simply Avian Invasion, and all he can see now is hope.

The Bird’s melody-driven, dynamic performances have been showcased at venues like The Underground and Rendezvous in Seattle. Avian Invasion’s singles and albums are available at avianinvasion.com